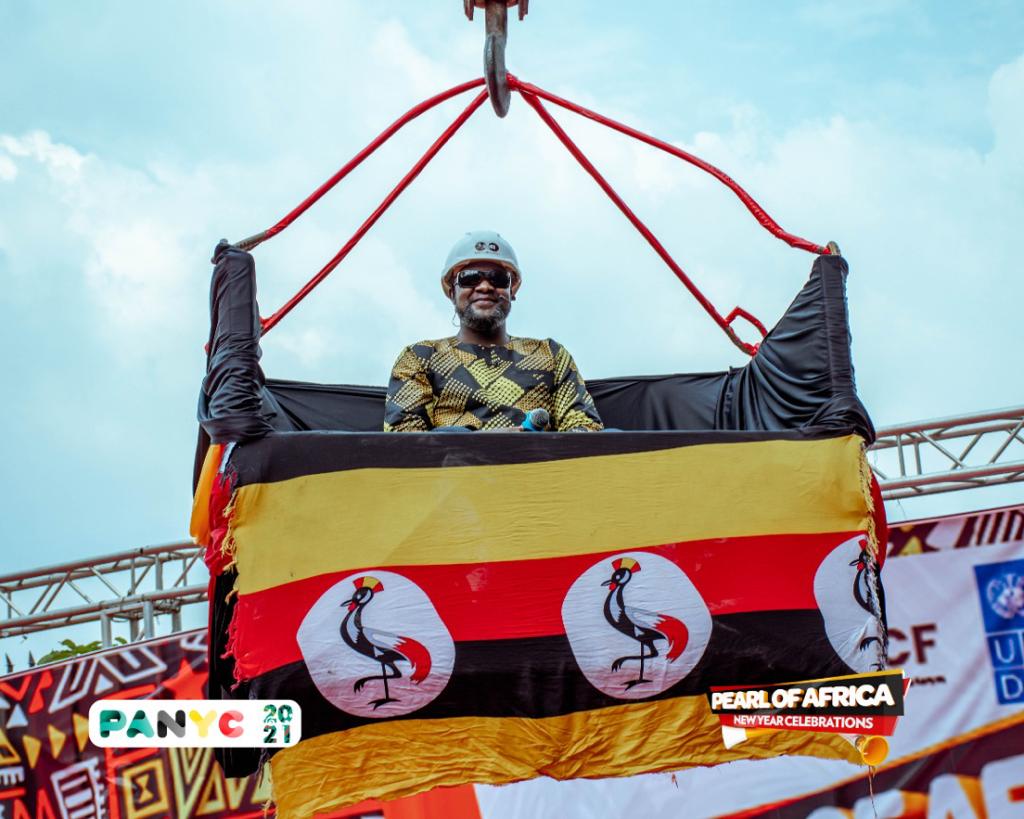 When the organizing committee of the just-concluded 2021 edition of the Pearl of Africa New Year’s Celebrations thought long and hard of a disruptive intro, a person in a Tower Crane (national bird in mind?) descending upon the stage came to mind… daring right? But what is daring for the lanky Samson Kasumba, who had been off-air for approximately two months following a road accident and set to make his return to the screen soon?

Samson Kasumba took on the challenge and the rest, well, is an African-attire-dressed Sam, a Tower Crane draped in black, a Uganda flag, and a vibe all so familiar with the edgy news anchor.

Millions of Ugandans on that 31st day of December 2021 remotely attended the concert – the Pearl of Africa New Year’s Celebrations 2021 live on NBS Television and Sanyuka Television, with a feed also provided to public stations UBC Television and Magic 1 TV, as well as Eastern Uganda’s Baba TV.

The concert was the outright most-watched one of the e-events organized on the day and the only one that aired to its entirety.

“The need to give Ugandans the most befitting cross-over with public events banned was one we were driven to deliver on, and we are happy we managed to put on a successful show, thanks to all the measures we put in place,” said Next Media Services’ Chief of Staff and General Manager of organizing company, Next Productions Limited, Doreen Katusiime Mweheire.

Irene Ntale will have gone down as the best performer for many a viewer, with acts such as Sheebah Karungi, Winnie Nwagi, Vinka, Azawi, King Saha, Bebe Cool, and Jose Chameleone completing that debate, among so many other acts.

“PANYC is now an annual event, and our biggest win was pulling it off a second-straight year to achieve the ‘annual’ tag. The event was even bigger than last year, so progress registered. Because of our hardworking and creative team behind this, we have shown all Ugandans our commitment to being with them through whatever situation our motherland finds itself in,” Desire Derekford Mugumisa, Next Media Services Head of Brand and Communications, said.

The event ran under the theme, “Why I Love Uganda,” urging Ugandans across the country to share their pride in the Pearl of Africa’s unique culture, her gift of nature, her people, and much more. 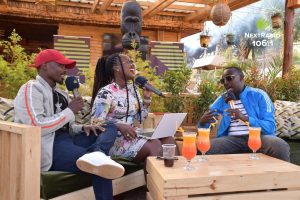 Next Radio carries the vibe from the studio to the viewers 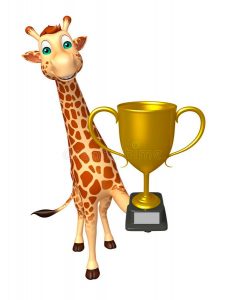